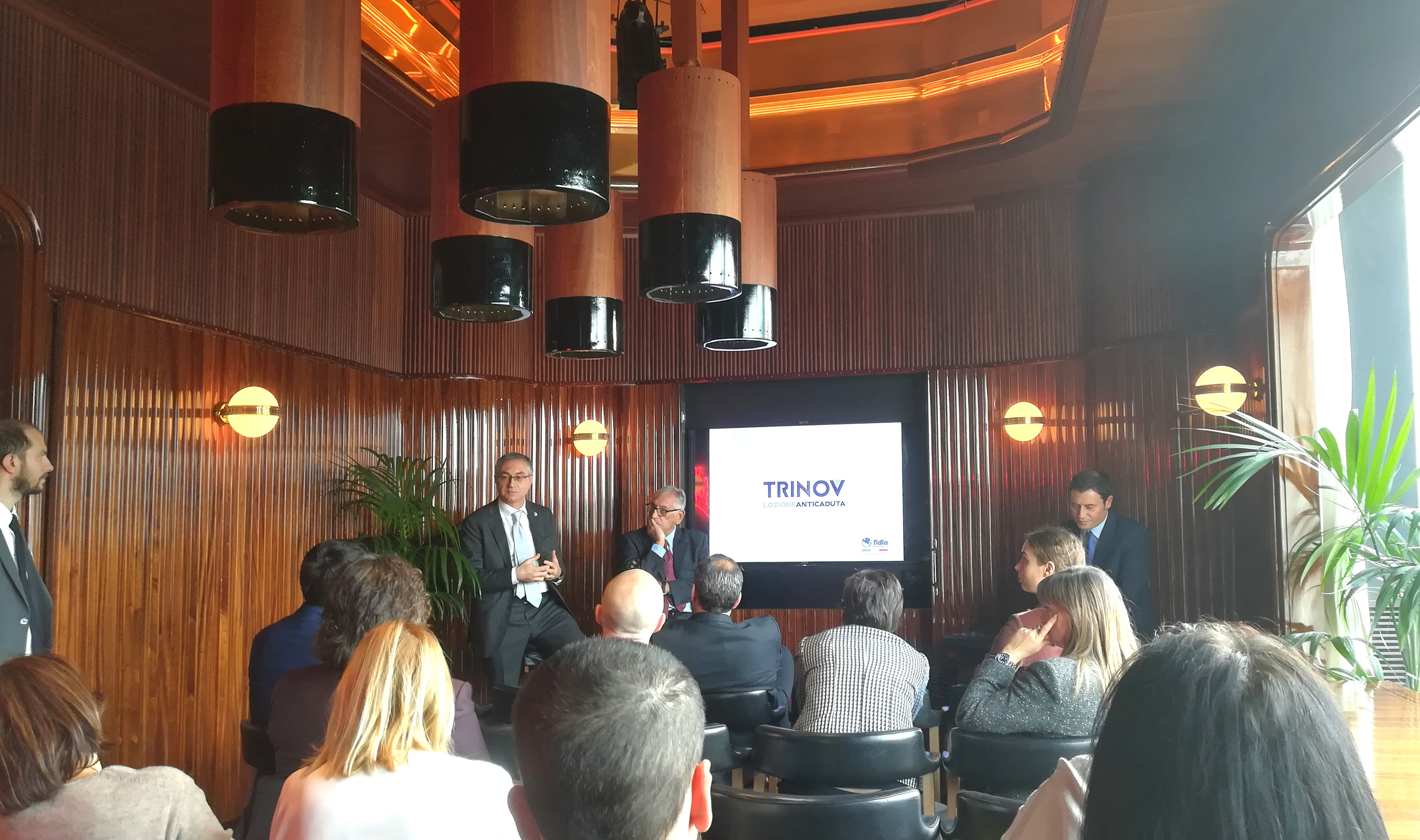 The Trinov launch press conference was held today in Milan, an important event held by Fidia Farmaceutici exclusively for the press and stakeholders in order to present the hair loss lotion. The speakers illustrated details of the various steps of the research, innovation and development programme conducted by the company in order to provide an efficacious solution to the problem of hair loss. The lotion, as announced at the press conference, will be available from pharmacies all over Italy from December 2018.

Trinov is a patented cosmetic solution based on the research performed by Prof. Giovanni Brotzu and his research team in Cagliari. The results of the research conducted by the Padua-based company, which lasted approximately three years, were recently published in the scientific journal Dermatology Therapy and described an innovative approach over the other techniques used, in order to provide a solution for those suffering from baldness.

Available in two versions, one for women and the other for men, the hair loss lotion is based on three active substances. The first is S-equol, an isoflavone found in soy beans that is able to prevent the production of Dihydrotestosterone (DHT), the main culprit of hair loss. The second element, DGLA (a polyunsaturated fatty acid obtained from linoleic acid), favours the microcirculation around the bulb, which improves the oxygen and nutrient supply to the hair. The last active substance is propionyl-L-carnitine, which protects the tissues from oxidative damage, boosts local metabolism and stimulates the production of energy. Trinov’s innovative element, which guarantees the direct and efficacious action of its ingredients, is, however, constituted by liposomes. Their role is fundamental because they encapsulate the ingredients of the lotion and transport them straight to the surface of the scalp, thereby guaranteeing complete release on the hair bulb.