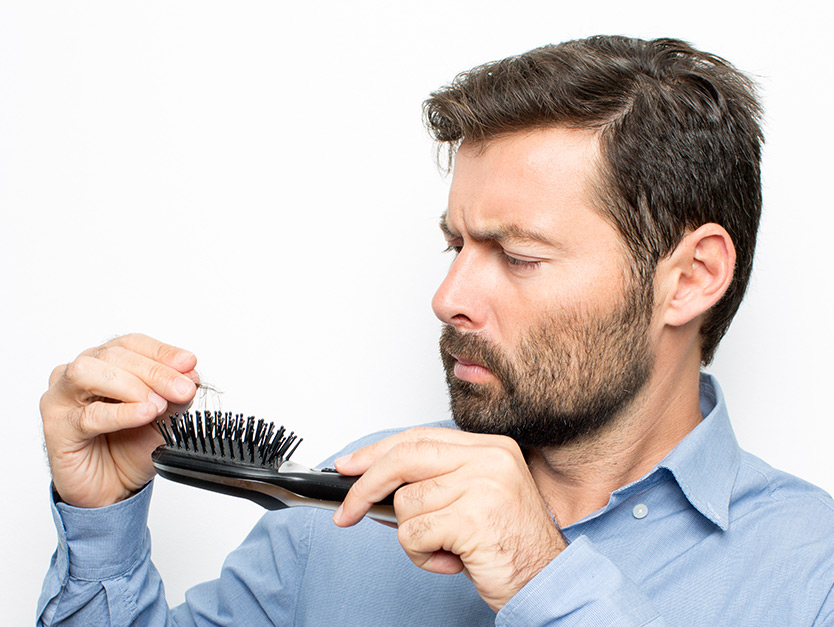 Hair loss, when to worry: inheritance and alopecia

When we talk about androgenetic alopecia, we often think about the connection between this condition and inheritance: is it more likely that a person will suffer from alopecia if his close relatives do? After all, the very definition of androgenetic alopecia suggests this kind of interpretation: if something is genetic, it is associated with a predisposition caused by gene inheritance. Many people are therefore interested in the relationship between inheritance and hair loss, but when should we be concerned? In recent years, a number of studies have analysed this relationship.

The first study was conducted by a group of German researchers at Bonn University, that in 2005 published in the American Journal of Human Genetics the results of their research identifying the gene that causes hereditary balding through the maternal line. This gene affects the hair follicles’ sensitivity to the 5-alpha reductase enzyme, the main enzyme responsible for transforming testosterone into its derivative DHT. This process causes the thinning of the hair shaft, reduces its growth phase and leads to the inevitable progression of balding. However, this type of study was superseded by those conducted a few years later.

In 2008, the same team of researchers continued their research by taking a closer look at certain aspects of it. In this second phase of the study, the team identified two different genes that could be responsible for androgenetic alopecia. Both genes were present in a high number of people with the condition. One of the genes was that identified in the previous study and this confirmed the transmission through the maternal line theory, the other, however, was new. This gene is located on chromosome 20 and can therefore be transmitted by both mother and father. This explains those situations in which both father and son suffer from androgenetic alopecia.

However, it is important to remember that not all the genes present in an individual’s chromosomal makeup are activated during his/her lifetime. Paradoxically, those associated with alopecia could remain latent. Therefore, it is not impossible that a person with a genetic predisposition to alopecia never suffers from it, unlike another who does not have the same gene. Do other factors cause hair loss: when to worry? Environmental conditions, stress, poor diet, living conditions and health must all be taken into consideration. It is therefore very difficult to make forecasts when it comes to the onset of androgenetic alopecia.